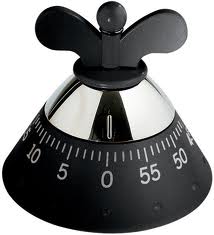 I’ve recently been trying out ways to increase my productivity at work, at home and especially whilst doing those loathsome jobs which are just too easy to ignore. You know the ones I’m talking about, the kind of job that sits on your to-do list smirking at you. The kind of jobs that just don’t excite or interest, yeah I’m looking at you Mr.endless documentation and definitely you Mr.my next potential DIY disaster.

I’ve looked at quite a few ‘productivity boosters’ in the past but the one I’m currently giving a whirl isn’t new it’s called the Pomodoro Technique.

This technique has been around for ages; in fact it was originally developed by a guy called Francesco Cirillo in the 80’s. What attracted me to the system? Well it’s simple, doesn’t require expensive software or a lot of effort and you get started with it immediately.

The basic premise is this; you get some kind of timer; the original author used a tomato shaped kitchen timer, hence the name pomodoro (Italian for tomato) you write down a number of tasks, set the timer to 25 minutes and work solidly on that task until the timer runs out. Take a 5 minute break and repeat. After every 4 work sprints; you take an extended break, say 15 mins. Sounds great, but does it work?

I must admit after being initially pretty sceptical it has proved successful. Since employing an adapted version (20 min sprints instead of 25) of this technique I have seen results, the more onerous and lingering tasks are actually shifting off my to-do list (I’ve never had a problem dealing with the things that need be done NOW!) and I am feeling more positive about getting these items resolved, but why is it working?

I guess it’s a combination of things, but in reality it’s pretty simple ‘self kidology’. firstly it was just too easy to offset these tasks, because they’d appear so uninteresting I’d keep waiting until I was sufficiently prepared or bored to take them on; invariably those circumstances almost never arise. where this technique succeeds is in getting you started, which I’m now realising is the first major obstacle. I mean it’s a bit cliche, but I have lost count of the time s I’ve built up this big ogre of a task in my head only to find once started I completed it in half the time expected.

Secondly I’ve always struggled with focus. I wish I was blessed with Zen like focus and determination, but I’m not. I get easily bored and often task hop if I’m not keeping an eye on myself. Any technical problem which looks more interesting than my current assignment gnaws away at me. I’ve definitely got better over the years but still; I’m not stupid enough to believe it’s not in my nature.

This technique does aid focus, By keeping the work sprints short, it does seem to help, I have no real idea why, but guess it’s simply the realisation that you’ll get a break soon and not be forced to constantly hit your head against the proverbial wall.

The Pomodoro technique isn’t without it’s problems though. I work in a busy open plan office, people can and frequently do drop by my desk; I really enjoy chatting with people; and therein lies one of the pitfalls of this technique. For it to work you really need to focus for the work sprints, you need to produce at this time or it simply doesn’t work.

The technique also isn’t really suitable for reactive jobs, by that I mean helpdesk and support types. you need to at least have some control of your workflow to be able to employ this, if you’re customer facing or get constantly interrupted you can’t focus on the sprint.

As I mentioned earlier I did adapt it slightly.one of the primary reasons I changed 25 mins to 20 was for me, I felt often those extra minutes were wasted, I couldn’t really concentrate on the task at hand.

I’m quite pleased with the results I’ve experienced. I’d be really interested to hear if any of you have tried this or found similar gains from other techniques. 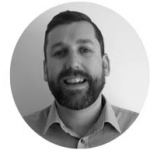